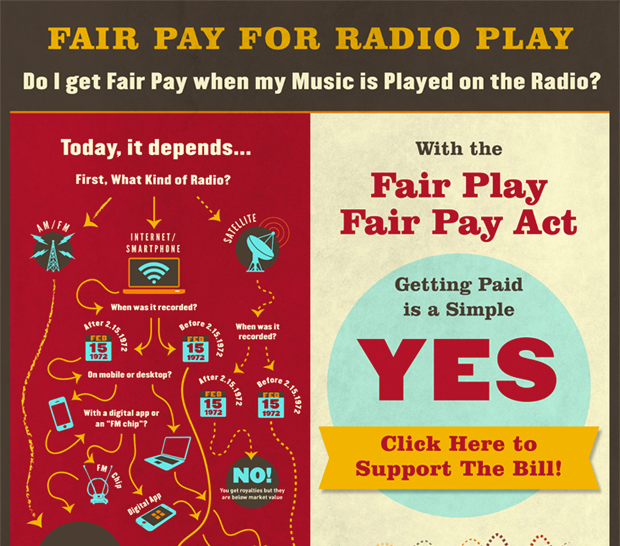 Every so often, I blog about a client: BUSH, Jonatha Brooke, Pentatonix. All of our clients are special, but sometimes they’re involved in something I feel the need to comment on.

Our client, musicFIRST works tirelessly promoting the belief that every artist should get fair pay when their music is played on the radio. Along with valuing music, they value the creator. musicFIRST was recently featured in both Billboard and Politico after launching https://miccoalition.org, a daring parody website in response to the MIC Coalition. Sadly, MIC (music.innovation.consumersm) are the exact opposite of musicFIRST, working to make sure artists don’t get paid fairly for their work. MIC is committed to using their considerable lobbying power to reduce payments to artists and musicians. When artists are not paid equitably for their work via radio and digital royalties, it is in no small part due to the work of the MIC Coalition.

There are some irrefutable facts at play here:

Clearly, I’m really passionate about this topic or I wouldn’t be writing about it. The solution seems pretty simple; radio (all forms) should pay fair market value for the music they profit off of. Like everyone else who works, creates or innovates, artists and music creators deserve fair pay for their work.