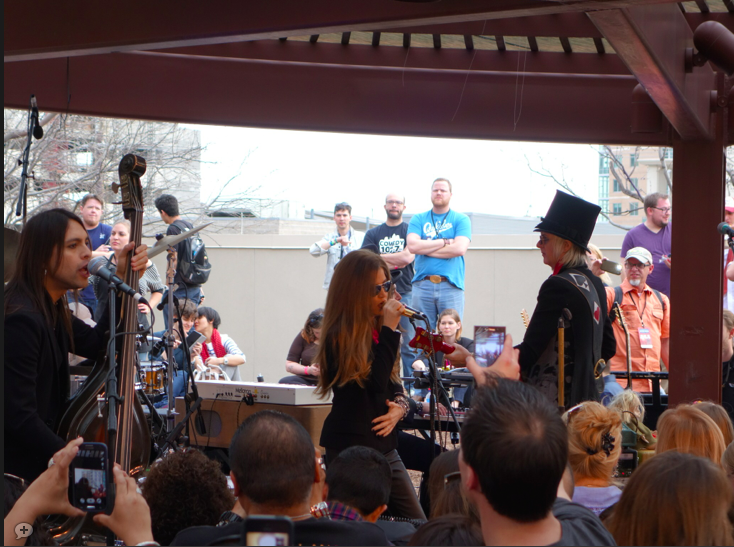 10,000 people over two 2 days - it was, forgive the pun, a quantum leap over prior years. The Quantum Collective’s Southwest Invasion had a significant uptick in attendance as well as the level of involvement from both the artists and the sponsors. After all the hard work we put in to getting the 2 day concert ready, it was gratifying that all of our partners were so excited by it. 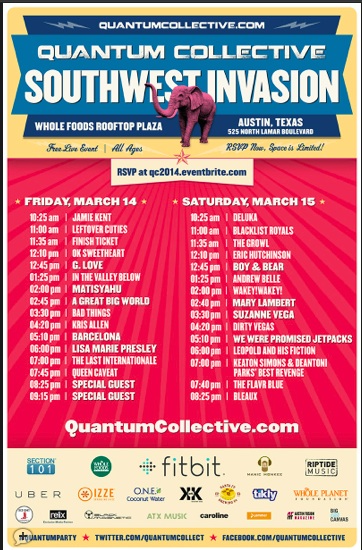 Sponsor Fitbit were so excited about the performers who had been trying out their Fitbit wristbands in the weeks leading up to the event, and at the same time, the artists were super excited to be using them. They took a genuine interest in the (positive) feedback and were really pleased – and maybe surprised - with how much exercise people got while listening to new music.  Another partner, UBER cars, provided free rides to the Whole Foods Rooftop where the Southwest Invasion took place, and also worked with The Quantum Collective on a VIP Experience Giveaway on Saturday – happy to say we had 12 really excited winners! Our Blackbox promotion, where every photo that was instagram’ed with the hashtag #QuantumParty was printed out for attendees, was a major success with over 1,100 people picking up photos at the booth. O.N.E. Coconut Water and IZZE sparkling juice returned after last year’s Southwest Invasion, and this year they completely ran out of product, which was a good problem to have. Our beer sponsor, Sante Fe Brewing, also ran out of product – after one day! – and had to refuel. Tikly, a service for artists to sell their tickets online, was another partner and they spent a lot of time speaking to interested musicians in the Green Room area. Our media partner, Relix, covered the event both online and in their print magazine.

Of course – and most importantly – we had some really amazing artists this year. Great Big World, who were thrilled to be performing on the Whole Foods Rooftop, couldn’t have a bigger hit right now with the chart topping  “Say Something.” When they began to perform the song on piano you could hear a pin drop. Lisa Marie Presley drew a big crowd, and was really excited to share her new music with the audience. Sean White and Bad Things put on a great show, and every one wanted to get a photo with the rocker/Olympic medalist. It is hard to put in to words the effect Matisyahu had on the audience; he not only drew the biggest crowd, but they were riveted throughout his set. G Love’s solo set was powerful, Mary Lambert was incredible, and fun to see doing her own thing away from her Macklemore & Ryan Lewis smash, “Same Love,” and Suzanne Vega gave a wonderfully relaxed and fun performance. My big discoveries for this year were Leftover Cuties, Eric Hutchison, and We Were Promised Jetpacks. Liz, who usually writes this blog, discovered Wakey! Wakey!, Kris Allen, Leopold and his Fiction and Leftover Cuties.

When you think of SXSW, more than likely your mental picture is one of closed off streets, a bit of commotion and packs of people milling around.  While Whole Foods is off the beaten path, every one we spoke to told us how it was well worth the trip.  The Southwest Invasion occupied a huge outdoor area at the flagship store where you could see the sun setting each night while listening to incredible music. There was food, drinks, tables for people to sit at and unwind, and constant music.  We also like keeping this an ‘all ages’ event: our audience ran the gamut from Festival attendees to local teenagers. Our goal was to present a little bit of sophistication where attendees could get away from the chaos for a little while and just enjoy some great artists in a striking setting. We think we succeeded. 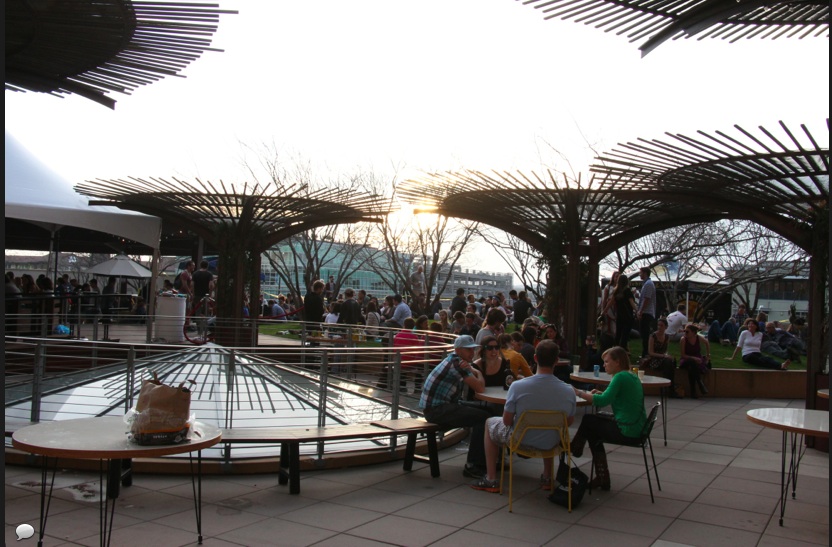 We will have more on this year’s Southwest Invasion next month (watch this space!) including well as behind-the-scenes photos, music and more. And if you get a chance, please do check out SXSW Cares, which is working to raise money for people affected by the devastating accident on March 13th.