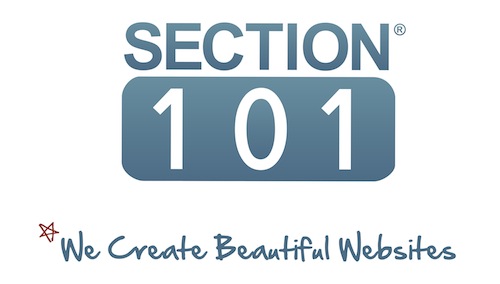 As 2013 draws to a close, I recently had a very memorable, and fitting, experience that helped me put my year in perspective.

Section 101 has been lucky enough to work with Laurie Anderson on a new Website Project for her that will be launched in 2014. As such, we’ve become friendly with Laurie, and met her husband as well, the artist Lou Reed. As many knew, Lou was dealing with health issues, but his illness didn’t diminish his spirit. Until the very end, Lou was still Lou.

After Lou had passed away, we were invited to the Memorial Service Laurie gave in his honor on December 16th, which was 50 days since he had died. It is thought that Buddhists mourn for 50 days as it takes that amount of time for the soul to get to the spirit world.

The venue was the famed (and beautiful) Apollo Theatre in Harlem, and the outpouring of joy that had come to celebrate Lou’s life blew me away. For those who knew him, Lou was the real deal - unapologetic for who he was and what he believed. He didn’t sugarcoat things, and could be admittedly difficult, but he was also righteous, smart, loyal, caring and funny. If only we could all live our lives so authentically. He was true to his music, to his muse and most importantly, to himself.

What I really took away from this service is what a joyous celebration it was. His sister was at the event, and his wife Laurie, and many, many friends. There was so much happiness in the room. Lou’s physical life had come to an end, but his legacy, his music, his very being, would endure through all the lives he touched. What an incredible gift! Being at the Apollo Theatre that day was something I will never forget. It reminded me that no matter who we are, we all take the same journey; what we do with it is entirely up to us.

8) A testimonial by Susan Feldman

10) The Persuasions sing "Turning Time Around"