don't just take our word for it... 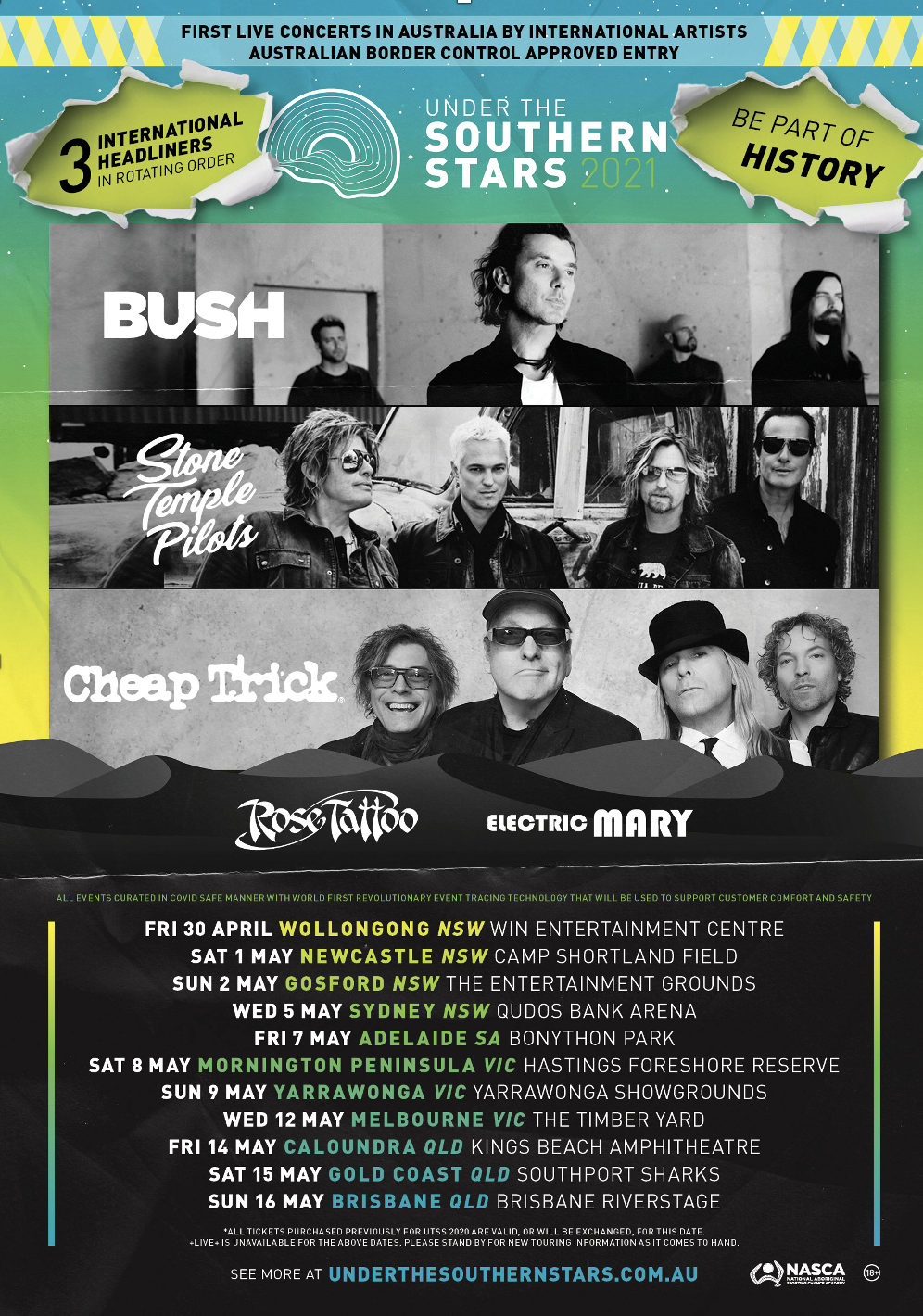 BUSH is getting back on the road with an Australian tour beginning on April 30!

The band, like all music acts, weren’t able to tour in 2020 but they did release a new album. THE KINGDOM, their 8th studio album, came out in July, 2020. Kerrang! said it presented "a far heavier, more riff-based and muscular approach," and was a “return to the band’s glory days,” while American Songwriter reviewed it by saying BUSH "may have released its best yet."

The band is looking forward to their upcoming shows in Australia, dubbed the Under the Southern Stars Festival, playing alongside Cheap Trick and Stone Temple Pilots. The tour which begins in Wollongong on April 30, with stops in Newcastle, Gosford, Sydney, Adelaide, Hastings, Yarrawonga, Port Melbourne, Caloundra, Gold Coast and wrapping up in Brisbane on May 16. The band then go to Austria for the Nova Rock Fest on June 3, to the UK for the re-scheduled Download Festival on June 5, and wraps up with two shows (June 12/13) at the Rock Am Ring Festival in Germany. Be prepared to hear the hits, as singer Gavin Rossdale recently said in an interview, “People with long careers, if they have been lucky enough to have hits, you play them. You could write a song at 20-something and someone in their mid 40s can still enjoy it. It doesn’t have an ‘age by date sell by’ thing.”