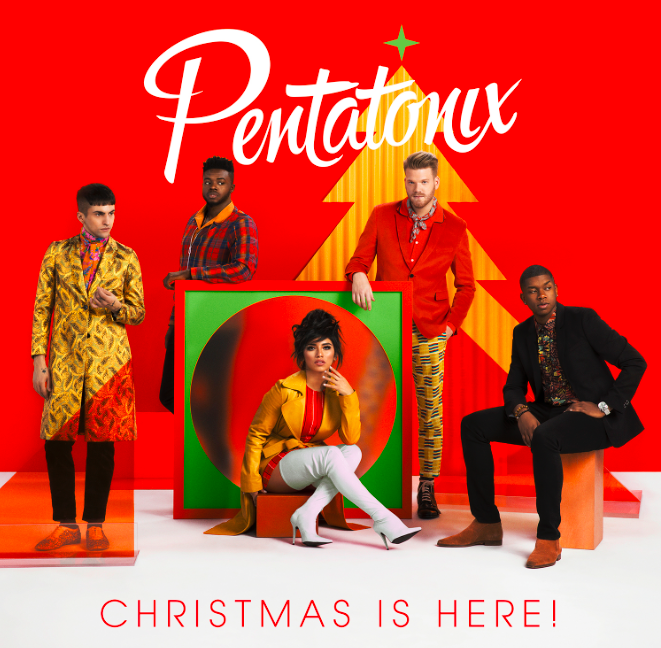 If it’s almost holiday time, you can count on a new Pentatonix Christmas album!

In 2014, the group released their first seasonal album, THAT’S CHRISTMAS TO ME. 2016 brought A PENTATONIX CHRISTMAS, which hit #1 on the Billboard Top 200 chart and also yielded a deluxe version of the album with 5 additional songs. The band JUST released their third holiday album, MAKING CHRISTMAS, on October 26. First single “Making Christmas (from ‘The Nightmare Before Christmas’)” dropped at the beginning of October, and “Sweater Weather” made it’s debut this past Friday. The album, which features guest appearances by Maren Morris and Kelly Clarkson, is the latest in their string of holiday releases, with the group winning a Grammy Award in 2016 for their a cappella arrangement of "Dance of the Sugar Plum Fairy.”

Tickets for their annual holiday tour went on sale September 28. The Christmas is Here tour will kick off in Grand Prairie, TX on November 25, with the group bringing their holiday cheer up and down the US, before finishing up in New York City with four dates at the historic Beacon Theatre on December 18, 19, 20 & 22. The group has VIP upgrade packages available for the shows, which include a Meet & Greet with PTX, an autograph session, sound check visit/Q&A and more.

Please visit https://ptxofficial.com/tour and get in to the spirit with Pentatonix!