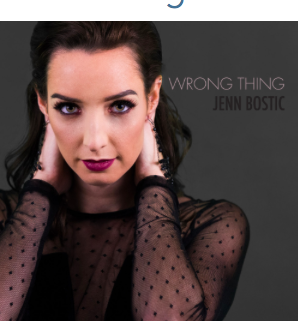 We need to give a special Section 101 shout out to Jenn Bostic! Not only is she one of our longest standing clients, but she is having a great summer so far and we want to celebrate with her!

We started talking about Jenn when she performed as part of our first CMJ Showcase in NYC  in 2012. That same year she broke out in the UK with her gorgeous song, “Jealous of the Angels,” which reached number one on the UK iTunes charts and had over 2 million views on YouTube. In April of that year, she brought her talent to Austin to perform at the Quantum Collective’s first Music & Film BBQ for music supervisors, and if that wasn’t enough, she won five Independent Country Music Association Awards as well.

In 2015, Jenn put out her second album, Faithful, which featured 14 terrific pop-country tracks. She toured all over Europe, playing 150 shows before releasing the single “Wrong Thing” this past May. She is supporting the new track by - you guessed it! - going on a tour that will take through the middle of America before heading to an exclusive Songwriter's Island Showcase in Isla Mujeres, Mexico in September.

For the latest on Jenn, all her new music, tour dates and more, please visit https://jennbostic.com.