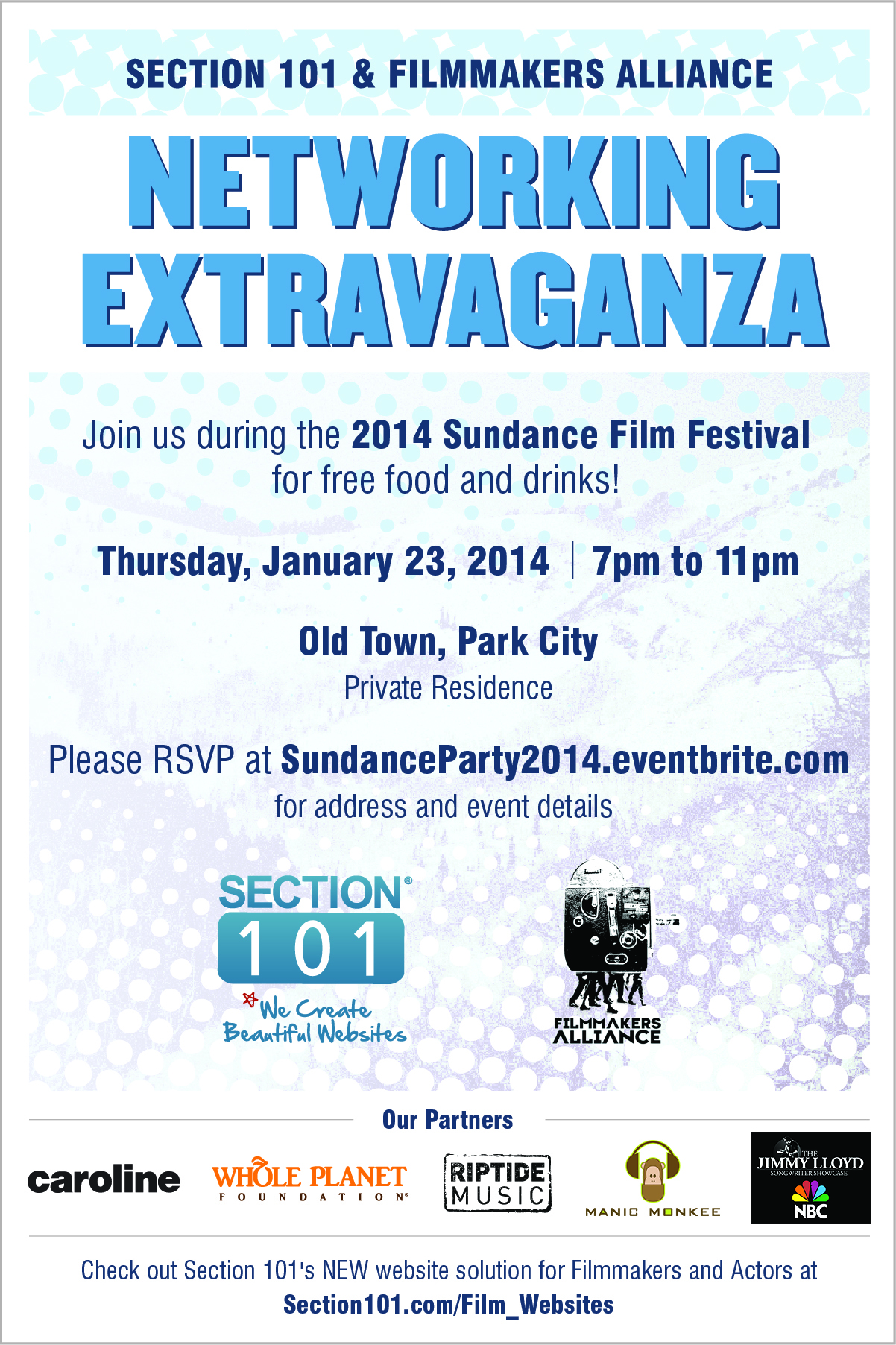 Section 101, a New York based company that delivers a dynamic web-based solution by providing simple and effective tools for music brands to create their own website will once again be taking part in the Sundance Film Festival in Park City, UT which runs from January 16 – 26, 2014.

On Thursday, January 23rd, CEO Liz Leahy and CTO Jim Hoffman, the founders of Section 101, will host a private reception in Park City to celebrate the launch of the company’s Film, Television and Theatre vertical.  Section 101 recently began offering digital solutions in this space, with B-W-R Public Relations, actor Vincent Spano, film and tv composer Eric Alexandrakis, Jonatha Brooke’s upcoming Broadway show “My Mother Has Four Noses” and filmmaker Jacques Thelemaque launching sites. In addition to discussing the platform, Liz and Jim will be showcasing the new website for “Connection,” Thelemaque’s new film that is currently in Production.

In addition, two Section 101 clients will be performing at the Sundance ASCAP Music Café at the Rich Haines Gallery at 751 Main Street:  Robert DeLong has two sets, at 3:20pm on both January 18 & 19th, and longtime client Carina Round will be performing on January 19 at 4pm.

"We're are looking forward to being back Sundance and be a part of the creative and independent environment that is fostered there. It’s exciting to get an early look at the great films and meet the filmmakers in attendance, and Sundance’s music program looks terrific this year as well." Says CEO Liz Leahy. “We’re really proud of our new website solution and look forward to showing it off at such an innovative gathering like Sundance.”

The Sundance Institute is a nonprofit organization dedicated to the discovery and development of independent artists and audiences. Through its programs, the Institute seeks to discover, support, and inspire independent film and theatre artists from the United States and around the world, and to introduce audiences to their new work. The Sundance Film Festival is the premier showcase for independent film.