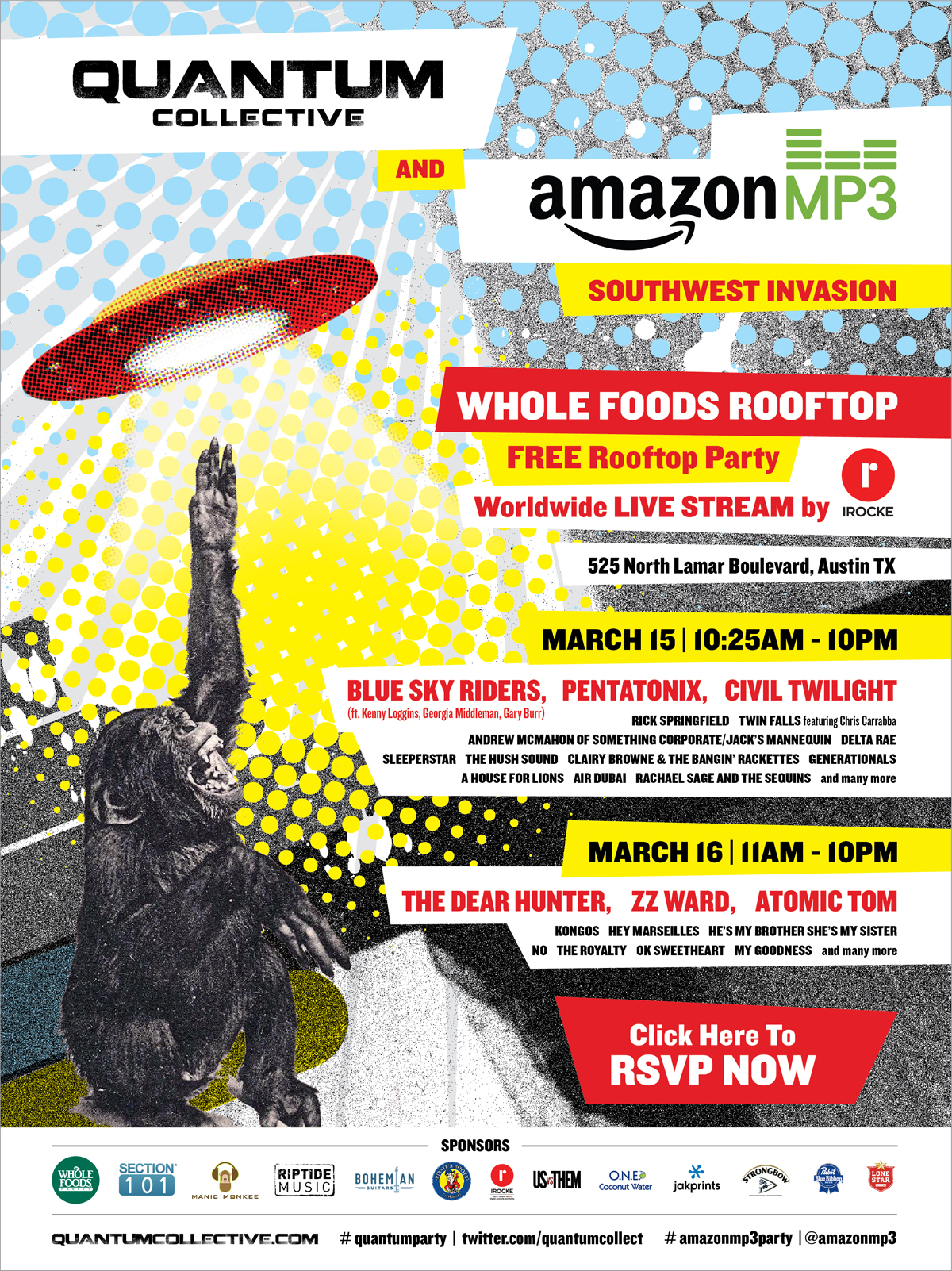 When one hears the acronym SXSW, the first thing that comes to mind - for me at least - is "the matrix of chaos." So when Liz Leahy asked if I could help her team at Section 101 put together two high profile music events for the Quantum Collective, an innovative music company of which Section 101 is one of the founding partners, I thought, “what a daunting task” …and then thought, what the hell, I will give it a shot.  It should be noted at this point in my blog that I do have music production experience!

Knowing that last year, the Quantum Collective successfully hosted close to a dozen showcases, I was relieved that they had decided to focus on just two events this year.  As I was not part of last year’s showcases, I wasn’t sure what to expect, or what I was getting into.  We had about six weeks to pull in sponsors, secure the venue, take care of all the production requirements and book the bands (32 in total).  From our early conversations, I knew that we would be creating a live music venue on the rooftop plaza at Whole Foods in downtown Austin, TX.  I was very excited to put my old production hat on and get to work building out the staging, sound, and lighting.  Fortunately, Austin has amazing live sound and production companies, and the task of putting that part of our event together was relatively pain free.

The creation of what would be known as “Quantum Collective’s Southwest Invasion” turned into what I liked to call a “peeling of the onion” type of experience.  Each step that moved us closer to the event date presented us with new and unique challenges, such as the logistics of the live streaming component, making sure we had strong Internet capability in a weekend when 75,000 people would be in town and fighting for bandwidth, artist and label clearances, and coordinating a 15-person camera crew.

Oh, and did I mention we had also decided to bring in a mobile studio and record all the performances to multi track? A big undertaking, but one that would result in giving the Quantum Collective a tremendous amount of content to re purpose in the future.

The QC team, Liz from Section 101 and I spent many a late night and weekend day hammering out sponsor and artist agreements, coming up with the designs for the promotional materials, finalizing the artist line ups and strategizing with our lead sponsor – who happened to be Amazon MP3, making their first ever SXSW appearance.

When it came time to fly to Austin, we were all exhausted beyond words, but felt confident that we had put together something very special.

The event ran incredibly smoothly thanks to the efforts of the Quantum Collective and Section 101 team members.  The feedback that we have received from the artists and their representatives has been so positive, and we are already fielding requests for musicians who want to participate next year.

I couldn’t end this blog without a special thanks to Liz and the entire Quantum Collective team for bringing me on to be part of such a special and exciting SXSW event. I think I have sufficiently recovered and am looking forward to tackling this event again next year!

To read more blogs from the Section 101 team, click here.