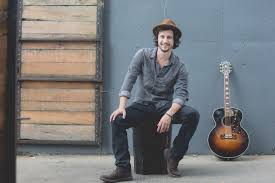 People always take notice of Jamie Kent and media always takes notice of good music, so it was no surprise to us at Section 101 when ROLLING STONE magazine name checked Jamie (again!) and his track “Ain’t No Jesus” as a ‘Song You Need to Know’ this Fall.

“This is probably the most personal song I’ve ever written and released,” says Kent, who worked his own wonder by scoring a Number 16 debut on Billboard‘s Country Albums chart with his indie-released album All American Mutt in 2016. “‘Ain’t No Jesus’ is a reminder of all my imperfections, and that I’m lucky enough to have found someone who loves me not despite them, but because of them.”

You can listen to his terrific music and watch the video for “Ain’t No Jesus" (recorded live from the Martin Museum) on his website, https://jamiekent.com.