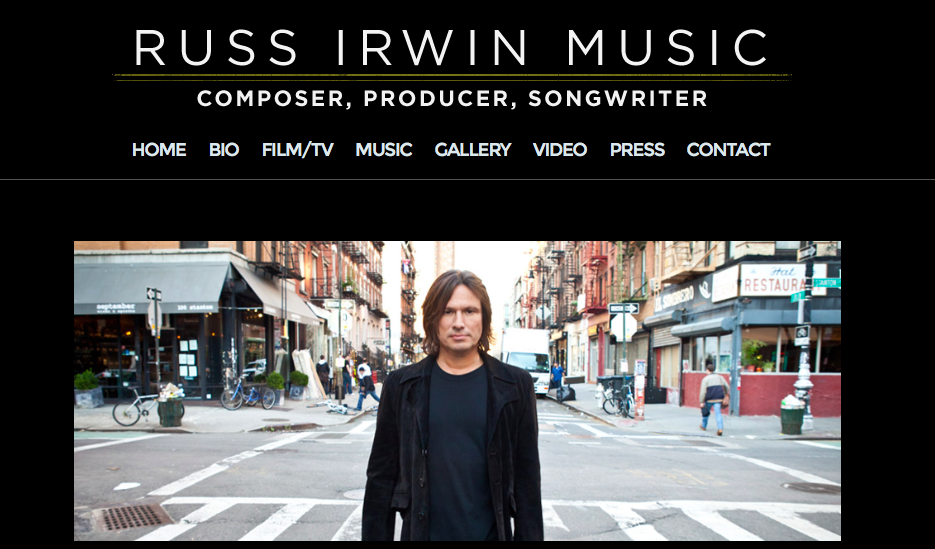 If you’ve ever turned on a radio, it’s a safe bet you’ve heard a song written by, or with, Russ Irwin. A prolific composer, he has worked with artists such as Aerosmith, Meat Loaf and Cheap Trick, and composed commercial music for products such a Bank of America, Coca-Cola and more.

Russ got his start in New York, going to The New School for jazz piano, securing a record deal with then hot label SBK Records (Vanilla Ice, Wilson Phillips). Irwin’s debut album was produced by Phil Ramone and garnered a top 30 single with “My Heart Belongs To You.” From 1997-2014, Russ toured as a keyboardist, guitarist and vocalist with the likes of Aerosmith, Bryan Adams, Cheap Trick and Sting. After writing songs for so many others, he revisited his roots and in 2012 put out his second album with guest artists Steven Tyler, Chris Botti and Dean DeLeo of Stone Temple Pilots. In 2018, Irwin scored the under-world film Corbin Nashstarring Malcolm McDowall, Corey Feldman and Rutger Hauer.