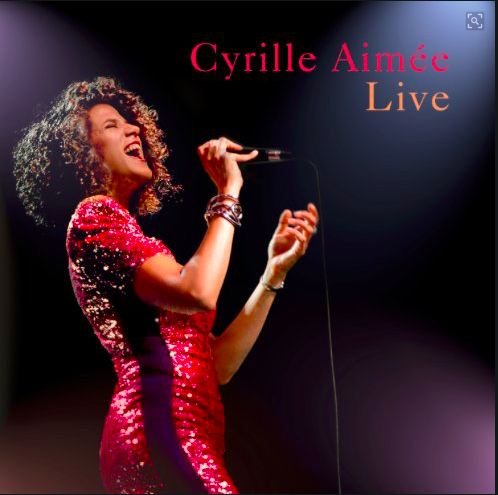 Section 101 client Cyrille Aimee is on the road and promoting her latest release, Cyrille Aimee Live. In their recent review the Wall Street Journal said “Her greatest gift is the ability to recast a familiar tune in her own image via rhythm and sonics. She treats the number like a home she’s moving into and renovating.”

Born in France, to a French father and Dominican mother, her musical style reflects her parentage with a rhythmic style all her own. Always drawn to music, as a teenager she performed in clubs and cafes around France, as well as studied at the American Academy of Modern Music. Cyrille got her first taste of fame as one of 16 finalists on Star Academy, the French equivalent of American Idol, but she left the show after realizing she’d have no creative freedom if she won a contract. She ended up with a scholarship to New York’s SUNY Purchase where she honed her skills at clubs around New York City and Brooklyn, releasing her first album, Cyrille Aimée and the Surreal Band, in 2008.

Cyrille Aimee Live, her fifth release, features her covers of songs by artists such as Michael Jackson (“Wanna Be Starting Something”), Thelonious Monk (“Well You Needn’t”), Stephen Sondheim (“Live Alone and Like It”) and more. In their four-and-a-half-star review, All About Jazz said, “Through it all, her musicianship—and that of her band—is impeccable…. a masterly performance from a young lady destined to be a star...if she isn't one already.”

Visit Cyrille’s website and see her tour dates, which have her on the road for most of July.