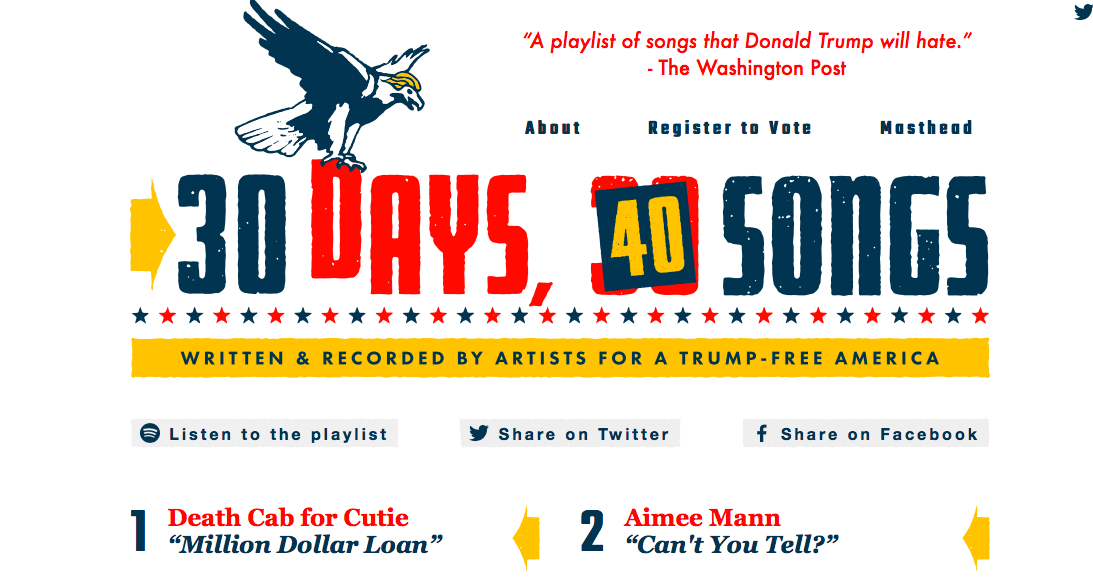 Certainly not an artist who has ever shied away from controversy, Section 101 client Aimee Mann's latest song, "Can't You Tell?" would fall under the "controversial" column for some.

"Can't you Tell?" is part of author Dave Eggers' 30 Days, 40 Songs project, where bands and artists released an anti-Trump song every day for 30 days. Since Mann's song is told from Donald Trump's point of view, there has been a lot of media interest in the track, with Aimee performing it on Late Show with Stephen Colbert on October 29th.

Says Mann, “I wanted to write about Trump in the first person because I think it’s more interesting to speculate on what people’s inner life might be. I had heard a theory that Trump’s interest in running for President was really kicked off at the 2011 White House Correspondent’s dinner when President Obama basically roasted him, so that’s where I started. And my own feeling was that it wasn’t really the job itself he wanted, but the thrill of running and winning, and that maybe it had all gotten out of hand and was a runaway train that he couldn’t stop.”