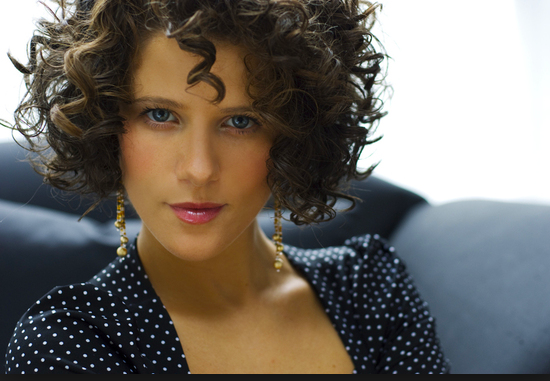 Section 101 is excited to announce the launch of a new website for international artist Cyrille Aimée at https://cyrilleaimee.com.

In the world of jazz vocalists, Cyrille Aimée certainly stands out from the pack. Tri-lingial (English/French/Spanish), Cyrille grew up in a small French town with a French father and a mom from the Dominican Republic. While that led to learning, and being able to sing in,  several languages, she couldn’t have expected the success she would have once she started singing jazz professionally after arriving at SUNY Purchase in Westchester, NY. Since 2007, she has won the Montreux Jazz Festival competition, was a finalist in the Thelonious Monk International Jazz competition and won the Sarah Vaughan International Jazz competition (2012).  Revered New York Times music writer Stephen Holden described her as “a blend of Michael Jackson and Sarah Vaughan.”  When speaking of Cyrille, Jazz Times said, “The future of Jazz vocals is in good hands.”

Cyrille Aimée’s latest, the romantically themed “Let’s Get Lost” (Mack Avenue) was met with equally effusive praise when it was released in January. All About Jazz said “the result is brilliantly polyglot, the beautiful blending of goodness,” Latin Jazz exclaimed, “Cyrille Aimée sets a standard in vocal quality on ‘Let’s Get Lost’ that is unlikely to be equaled for some time to come,” and The Observer said of her live NYC shows, “(Cyrille Aimée) has been wowing crowds across the city.”

Cyrille’s Section 101 website features photos, videos, social media integration, a web store and a catalogue of all her music releases. She loves to keep her fans in the loop, writing a monthly newsletter on her website and posting many video performances on her YouTube channel. She is spending the next two months touring Europe, and then coming back to North America at the end of October for more performances. In 2017, you can catch Cyrille on the Jazz Cruise out of Miami!

Cyrille Aimée is a truly eclectic performer. Do your self a big favor and listen to the tracks streaming on her website - and then download all her albums!